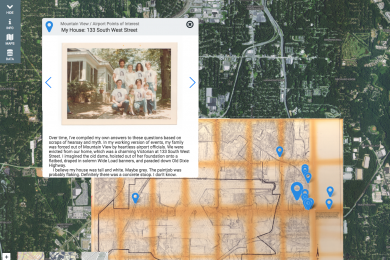 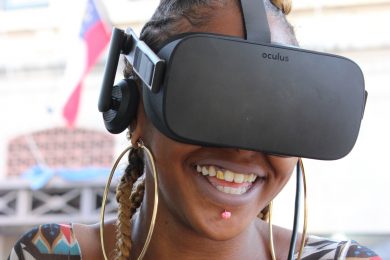 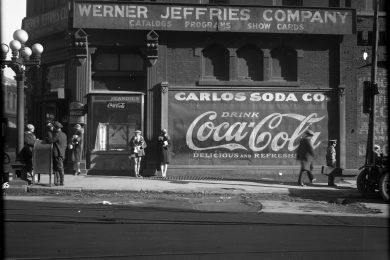 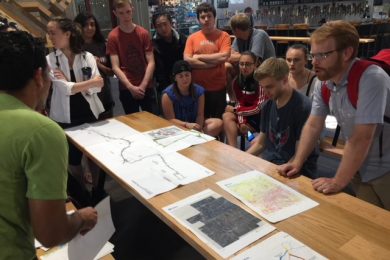 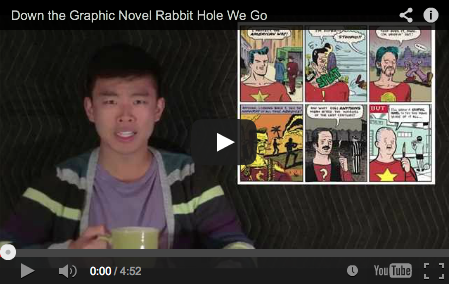 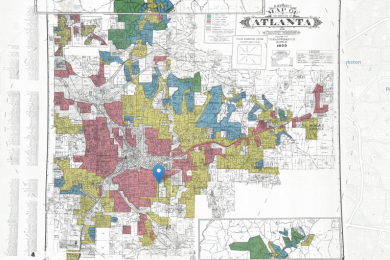 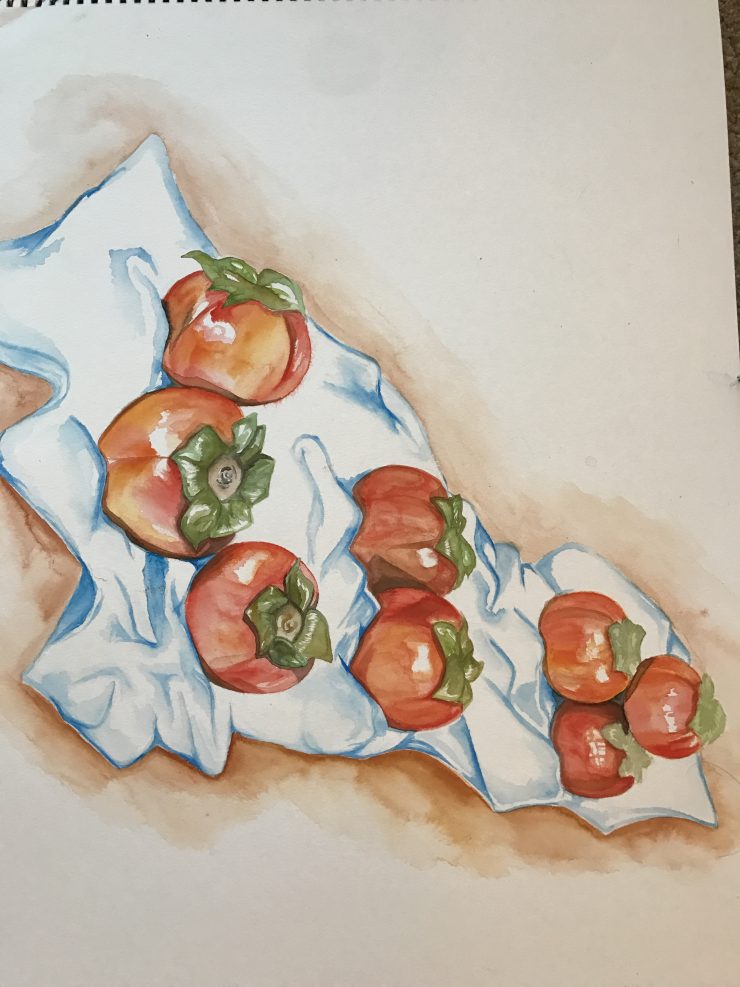 Loss and rebirth of language is familiar to many bilingual people. In Persimmons, Li Young Lee focuses on the beauty of language and words themselves to create a piece that touches on familiarity and loss*. He repeats the word persimmons throughout the piece, using it in different metaphors, similes, and anecdotes. Doing this, he highlights the word but also loses it in translation. With the first anecdote that he uses to start off the poem, he writes of a time that he couldn’t distinguish between the words “persimmon” and “precision.” This is why I have repeated the persimmon in the painting on three planes; each losing precision and quality. At the end of the poem, Lee speaks of his father and his paintings, which is why I also incorporated the hibiscus flower and cats preening, to further the idea of the beauty of language. His father lost his sense of sight but still continued to do something he loved, even though it is a generally visual art. His father also says that he “painted [persimmons] hundreds of times,” and I wanted to play with the idea of repetition of the fruit that he mentions.

Painting fruit takes a lot of precision and focus. Shinier fruits, such as tomatoes, apples, and persimmons, require a certain amount of observational skills, as the light must hit them the correct way. To be able to paint them blind means that his father had a genuine mastery of painting. The concept of mastery is reflected in this poem at different times: the speaker’s mastery of language and his father’s mastery of painting. The speaker’s mastery is shown throughout the whole poem, but his father’s painting skills are shown at the end of the poem, when he says “I painted them hundreds of times eyes closed. These I painted blind. Some things never leave a person: scent of the hair of one you love, the texture of persimmons, in your palm, the ripe weight.” His father is speaking of painting, but in the context of the poem, it refers to language. Li Young Lee lost some words here and there from Chinese, but has mastered the English language. These ideas are why I’ve chosen the specific light source for the fruits; to show mastery and recognition of shadows and highlights.

My choice of medium also reflects the poem. Li Young Lee is Chinese, and traditional Chinese paintings are done in watercolor. To keep along with this tradition, I have also avoided placing a background behind the cloth with the persimmons, because traditional Chinese paintings are quite simple. Adding a table or other objects would lean more towards a general European still-life, which is what I tried to avoid. Even adding more colors in the tablecloth, I believe, would make the painting resemble a European still-life. I stuck with a color scheme; red, orange, blue, and green in the leaves. I believed that this would keep it quite simple to look at.

The amount of persimmons I have represented signifies the amount of times that Li Young Lee repeats the word in the poem. He says it eight times; I have included eight persimmons. Repetition is a very important part of the poem and even acts as a basis for the ideas I mentioned beforehand: mastery and rebirth of language. By repeating the word persimmon so many times, Li Young Lee made the point of saying that he mastered the language; that even though he struggled with the word when he was around eleven, he understands the English language now. His language has been reborn from when he first came to America; he has learned new words and forgotten words from his first language. This is why the repetition of the word is so important; it represents his learning and loss of certain words and of the language as a whole. 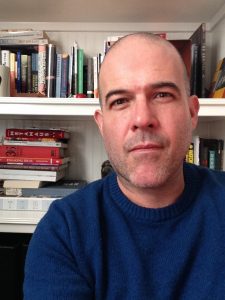